The origins of Waterloo Park

In 1897 the Norwich Playing Fields and Open Spaces Association leased land in the north of the city from the Great Hospital Trust. This land was to become Waterloo Park. It was laid out as a park and opened in 1904. It was originally named Catton Recreation Ground.

In the 1920s the men and their families who had survived the miseries of the First World War and an influenza epidemic had their hopes of a better future dashed by mass unemployment and the hardships this brought. There was unemployment benefit but this wasn’t enough to alleviate the hardship. The situation needed major schemes of relief work to remedy it. The problem was nationwide and Norwich did not escape the rigours of unemployment. The Norwich City authorities faced the problem and did their best to alleviate it.

The government of the time recognised the link between public health and recreation. With the growth of the city they saw the need for sports and playing fields and also for pleasure grounds for those who did not wish to play sports. The stage was set for the creation of the modern Norwich Parks – and for Captain Sandys-Winsch to lead the initiative.

All of the parks in Norwich designed by Capt. Sandys-Winsch between 1921 and 1933 used unemployment relief labour.

Captain Sandys-Winsch was the man responsible for creating the Norwich Parks in the 1930s, including Waterloo Park.

He was born in Cheshire and gained a scholarship to the Cheshire Horticultural College in 1905, where he gained a diploma and a gold medal for research work in botany and entomology. He then took articles with the renowned landscape architect, Thomas Mawson.

His career was put on hold with the outbreak of World War l where he served until 1919. After demobilisation he was appointed Parks Superintendent to the Norwich Corporation. He was the very first Superintendent of the City’s Parks and Gardens with a starting salary of £300 a year, with annual increments of £10.

He set about his duties with fervour, and, with his military discipline, was reputed to be stern but fair to his employees, fighting for decent pay and conditions for them. They had great admiration for his skill and professionalism.

He retired in 1953 and his achievements include designing and creating 600 acres of Norwich parks including: Eaton Park, Waterloo Park, Wensum Park, Heigham Park and also the two gardens on Aylsham Road known as Mile Cross Gardens. He was also responsible for the planting of over 20,000 flowering trees both in the parks and on the city streets.

His 33 years' work in Norwich as Parks’ Superintendent brought about a profound change in the appearance of the City and in the scale of facilities available for the enjoyment of its citizens.

In the 1920s a proposal was put forward to redevelop the Catton Recreation Ground and in 1929 a design was drawn up by the Parks Superintendent, Captain Sandys-Winsch. Work began in 1931 and two years later the park was reopened under the new name of Waterloo Park. This, his second largest project, was structurally more complex than Heigham Park. As at Eaton Park, Waterloo Park provided for active recreation with grass tennis courts, football pitches, bowling greens and a children’s playground. 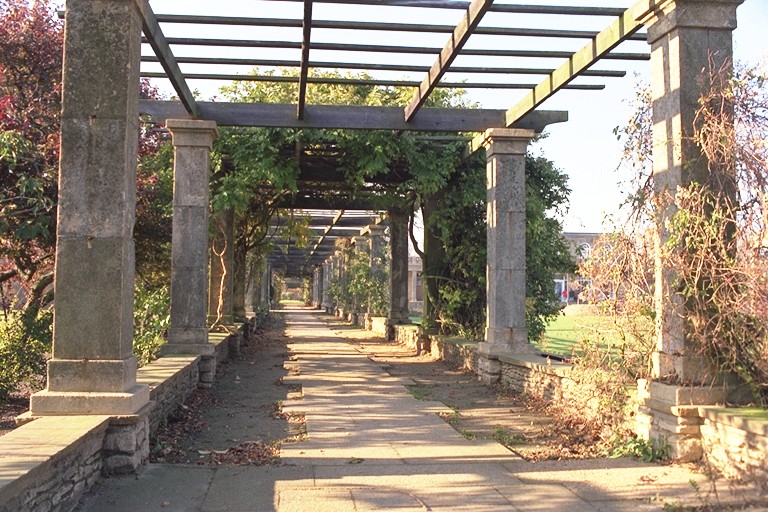 In addition, there were formal gardens (including one of the longest herbaceous borders in a public park in the UK), a pavilion, a bandstand, pergola walks and colonnades. The work on the park cost £37,209. It employed about 63 men for 117 weeks and was completed in 1933.

The park was re-opened on Saturday 25th April 1933 by the Lord Mayor of Norwich, Mr. H.N. Holmes. It was reported that hundreds of children were waiting at the gates of the park, eager to enjoy the delights of the new playground. There was a band playing in the bandstand and the boys from the City of Norwich School played cricket on one of the pitches. The Priory Gymnastic Squad gave a display and there was drill and dancing for the children. The children also enjoyed the new paddling pool and the adults played tennis on the hard and grass courts and bowls on the three bowling greens.

The centre room of the pavilion had a lovely tea room and there were well equipped dressing rooms in the wings on either side. There was another tea room on the first floor with an oak floor for dancing. The room was decorated in pale green and cream and was very comfortably furnished.

The people continued to enjoy the park until the Second World War, when the pavilion was used as a temporary mortuary during the air raids. July 1940 saw the first air raid on the city. There was considerable loss of life at Boulton and Paul’s factory and to staff leaving Carrow Works. The casualties were taken, with a police escort, to Waterloo Park, where people were enjoying themselves unaware of the true horror of the events on the other side of the city.

After the Second World War Norwich struggled to maintain its collection of parks, including Waterloo Park. It was a difficult period for Norwich City Council as it struggled to keep rates to a reasonable amount. Newspaper articles at the time show that the great feature and pride of the parks, the herbaceous borders, were proving very costly to maintain and there was concern for their future. In 1962 the City Council spent £1,000 on repairs to the pavilion and the press reported that a chorus of committee members exclaimed: ‘It can’t go on!’

The 1960s saw a spate of vandalism and decline across all the parks with bowls pavilions being lost to fire and deterioration as buildings started to show their age and rose beds became ‘rose sick’.

The 1970s and 1980s saw radical changes to local government funding and if a city such as Norwich wanted the luxury of parks and gardens then they would have to pay for them from their own resources.

The park was designated as Grade II listed in October 1993. The reasons for this are that it is a good example of an early 20th century municipal park and it is unchanged from its original layout in 1929, including its original structures.

The park was restored in 2000 with funding from the Heritage Lottery Fund. In 2016 further work was carried out on the pavilion which opened as the Park Britannia Café in 2017. We hope the café will re-open in the coming weeks. 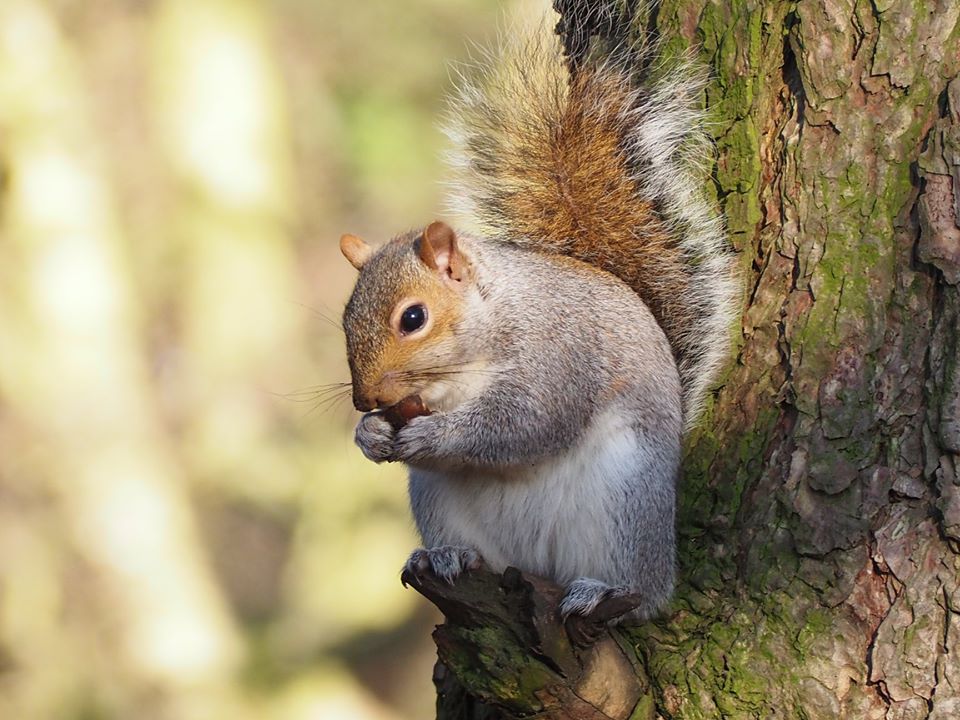 The café is now closed. Norwich City Council has invited people to tender for running the business. We hope the cafe will open again once the Coronavirus pandemic is over.

Today the park is a vibrant place for families to come and relax and play. It has many features to enjoy including a very popular play area and tennis courts. Together with Norwich City Council and Catton Grove Big Local, the Friends of Waterloo Park are working to improve the park, re-planting some of the flower beds and organising free events throughout the year.